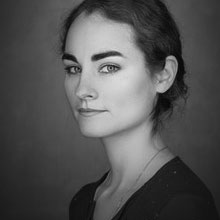 Marieke Steinhoff coordinates the Film- and Comparative Media Studies Programme at the ifs internationale filmschule köln. Furthermore, she works as a curator for the Dortmund | Cologne International Women's Film Festival and co-curates the film historical series „Filmgeschichten“ at the Filmforum NRW in Cologne. In her curatorial work she deals with questions around film heritage and the process of canonisation, archives and diversity as well as the young German cinema.